I have spent the last 16 days in the Federation of Russia and decided to document my adventure while awaiting my flight back home to Australia. 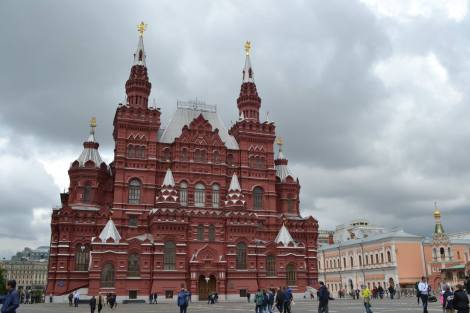 Russia is a country that covers such a majority of the world, it’s always staring at us smack back in the middle of the world map, yet I have never considered visiting. This is a combination of a few things. You don’t often hear people talk about the time they went to Russia and how amazing it was. In fact, you don’t hear about people going to Russia in the first place. This means the image that we have of the country isn’t one painted by our friends who went as tourists, but rather what the news tells us. I don’t think I need to expand on the later. It has a tainted past with its communist history and its people have seen a lot. To sum it up – don’t f*** with it.

I am going to be honest and say I am very ignorant of politics and European history in general. So when I was told of my two week business trip to Russia I didn’t think much of it. If my trip came up in conversations, people would be shocked and respond with a, “Wow good luck!” This combined with constant travel e-mail with subjects like “Terrorist attack threat in Moscow should not deter tourists from Moscow”, and sites informing me of the violence, pick-pocketing, bribery and kidnapping – I wasn’t feeling great. It was safe to say Russia had me scared well before I had even set my foot on the plane.

During my time in Russia, I spent a few days in Moscow then flew into smaller towns in Northern Russia before returning back to Moscow for a week. As it was summer, these towns had midnight sun, which meant they had daylight for almost 24 hours a day. I saw the country in the most comfortable way possible – we were staying in good hotels, dining either in restaurants (Café Pushkin and White Rabbit were amongst my favourites) or getting room service, and having taxis pick and drop us off everywhere. So, I can acknowledge and can imagine a completely different experience if I came to Russia as a tourist.

It was particularly refreshing (but really shocking) to see a country which simply did not care about its tourists. As the world becomes more open as a result of travel being more accessible to a larger population, you see nations adapt to this by becoming more hospitable. I come from New Zealand, a country which is often termed, ‘the friendliest country in the world’, and perhaps it is because of this, I found Russia to be a rude awakening.

On the weekends, I made it a habit to explore the city of Moscow – Red Square, Arbart Street, great restaurants, Ismailovo markets and shopping malls. However, navigating to the various places was the big challenge. When you asked a person on the street for directions there was a 99% possibility they wouldn’t speak English, and if you tried to communicate by saying familiar phrases like ‘Red Square’ they would still manage to ignore you and walk away. On my second day in Russia, it took us almost 1 hour to find the entrance to the Kremlin – after we had purchased tickets – because no one was helped us to find the entrance, and all signs were in Cyrillic.  In the end, we found an Asian tourist who didn’t speak much English but pointed us in the right direction. I thought perhaps the people at work would be friendlier but was shocked by that also. Although most spoke broken English, no one was accommodating. This fuelled with the fact that I was constantly surrounded by a layer of second hand smoke – I was ready to call it quits with Russia ….but then I discovered candy! 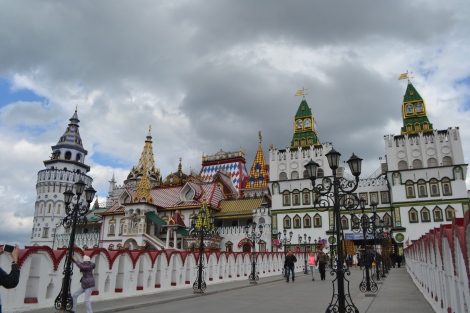 Before you read on, you should note that I do not have a sweet tooth. I hardly eat chocolates, but in Russia I was a whole different person! I always make it a habit to try out local cuisine and I really believes chocolate should be considered one in Russia. We were greeted with chocolates at every place we visited – I had never seen such a large variety of sweets. As I was devouring these treats every day, it only made sense to feed my newly discovered Russian candy addiction by bringing a whole lot back! Chocolates aside I tried Borsch, and Blini. I was hoping to try Pelimini but couldn’t find any without beef. It was very hard to find meals without beef or beef stock – on days that I am vegetarian I found myself having bread and pickles!

After ten days in Russia I was getting accustomed to the Russian way. People running in front of you to catch the elevator so you had to let the lift pass a few times, no smiling on the streets, no hello and thank you. It was becoming easier to leave the gratuities of the western world behind and accept the culture. It was then that I started to see a glimmer of hope. Like the Russian lady who translated for me at the café when she saw me struggling with my google translate app in hand. Then there was the random stranger on the street who in Russian told me that my sweater was dragging on the floor. Followed by the lady outside the hotel who told me my sweater was falling from my bag (yes, I really need to get my shit together), and then the little Russian girl who ran after me to give me back a piece of paper that had fallen from my pocket. Perhaps this country wasn’t rude, perhaps it was just honest. 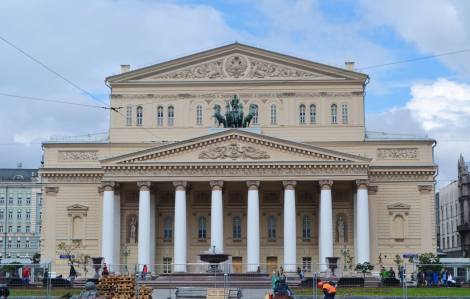 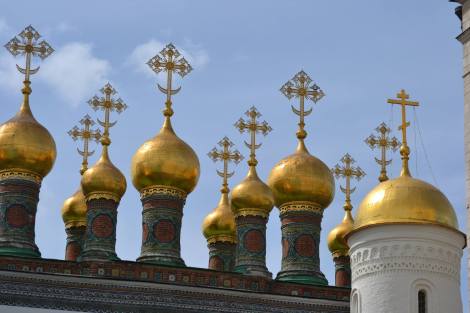 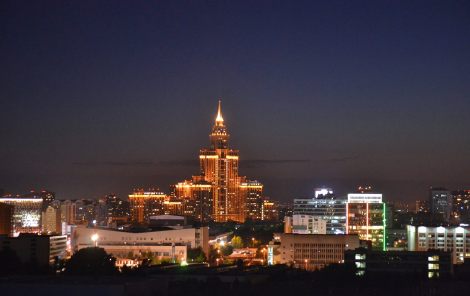 Moscow managed to impress me more than any other city I had been to. It’s infrastructure and architecture is absolutely phenomenal.  From the grandeur of the Radisson Royal standing tall to the beautiful Red Square surrounded by the even more stunning architecture of the Gum shopping mall, Russian State Museum and St Basil’s Cathedral. I was snapping photos every second, all while trying to take this wonderful city in. However, once I took my 2.5 hour flight to the Arctic I noticed a brutal change. I visited two very small towns – one could be deemed a village and the other is a ski resort town in the winter. The first town had buildings that were half broken – bricks missing, windows broken, or just the bare bones of the building left standing. It was grey skies lined with grey apartment blocks with no colour to be found anywhere. I felt as though I had been taken back to the Soviet Union days just post war. The town didn’t have a ‘night’ so to speak yet it still managed to be the dullest place I have ever visited. I can’t imagine what it would be like in winter where they have 42 days without the sun. It is times like this, where you learn more about your country than you do about the country you are visiting.

The next town looked straight out of a postcard. The Khibiny Mountains covered in snow and surrounded by pine forests greeted us. This was real Russia.

The contrasts between the three places I visited was enormous. One of the staff members told me, “Welcome to real Russia. This is the reality once you step outside of Moscow and St. Petersburg”. I am grateful to have witnessed the beauty of Russia, and also to have gotten insight into its culture and people. But the favourite journey is always the one home – Hello Melbourne!

Originally from India, grown up in New Zealand, working in Australia. A Chemical Engineer with a passion for adventure but also an introvert who loves to spend time alone.

What are you searching for?

What are you saying? 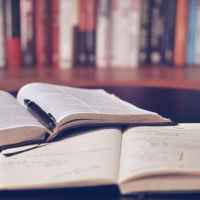 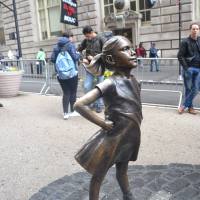 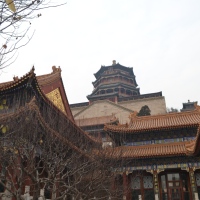